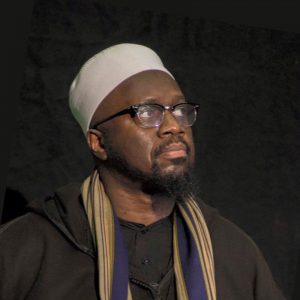 Ustādh Ibrahim Osi-Efa was born and raised in Liverpool, England. He was blessed with the opportunity to study several classical disciplines at the hands of some of the holders of the tradition such as Murābiṭ al-Ḥājj, al-Habib Umar b. Hafiz and Shaykh Hassān al-Hindi. Initially studying for three years in Syria and Mauritania, Ustadh Ibrahim was then honoured to spend over six years in the illuminated city of Tarim, Hadramaut where he studied under the qualified hands of teachers such as al-Habib Kazim al-Saqqaf, al-Habib ‘Ali al-Jifri and al-Shaikh ‘Umar Husain al-Khatib.

He is one of the founders of several Islamic initiatives including the Ibn Abbas Institute, Starlatch Press, Badr Language Institute and Greensville Trust. As of present he is a teacher at Greensville Trust where he regularly teaches on the Micro Madrasa initiative in both Liverpool and Huddersfield. He currently resides in Liverpool, England with his wife and two children.