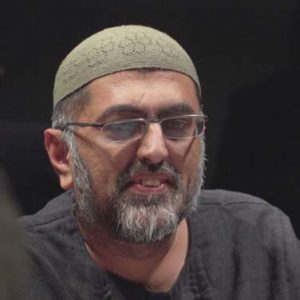 Ustādh Haroon Hanif has been blessed due to the fact that ever since leaving school he has been involved in some form of Islamic activity. However in the early 1990s, along with other brothers from Liverpool, he began to actively pursue the path of seeking Sacred knowledge.

He travelled in 1995 to IESH, France to study Arabic Language for 1 year through which he attained proficiency in spoken Arabic. He returned to Liverpool where he began to study with the local scholar, Shaykh Siraj Islam Chowdhury for a period of 11 years in which he studied with him various Islamic sciences, primarily focusing upon Islamic Law.

Whilst studying, he worked as a Housing Officer, and also engaged in teaching whatever he had studied. He completed memorisation of Qur’ān over six years ago. Ever since then he has been blessed to lead Tarawih prayer every year. He also delivered Friday khutbas regularly at the Liverpool Islamic Society over a period of a few years.

He was then blessed, particularly after been inspired by meeting Shaykh Samir Nass from Damascus, in 2007 to travel to the blessed land of Syria. Whilst he was there, he continued his studies by accessing some of the great scholars in Damascus, Syria, through private and public classes. In this final year, he studied at one of the madrassas in Damascus, whilst at the same time completed his reading of the Qur’ān to attain Ijaza.

As of present he is a Teacher in Residence at the Greensville Trust, where he regularly teaches on the Micro Madrasa initiative in both Liverpool and Huddersfield.